The ideal portable solution for iPhone, iPad or iPod touch

TASCAM’s pocket-sized iXZ turns your iPhone, iPad or iPod touch into a recording studio. Plug in a microphone, guitar or bass to interact with the latest guitar amp, sampling, recording and DJ apps. The iXZ even supplies phantom power for condenser microphones. An input setting sets the gain and there’s aheadphone output to monitor from your iOS device. To turn an iPhone into a portable practice, songwriting or live recording rig, it’s tough to beat the TASCAM iXZ 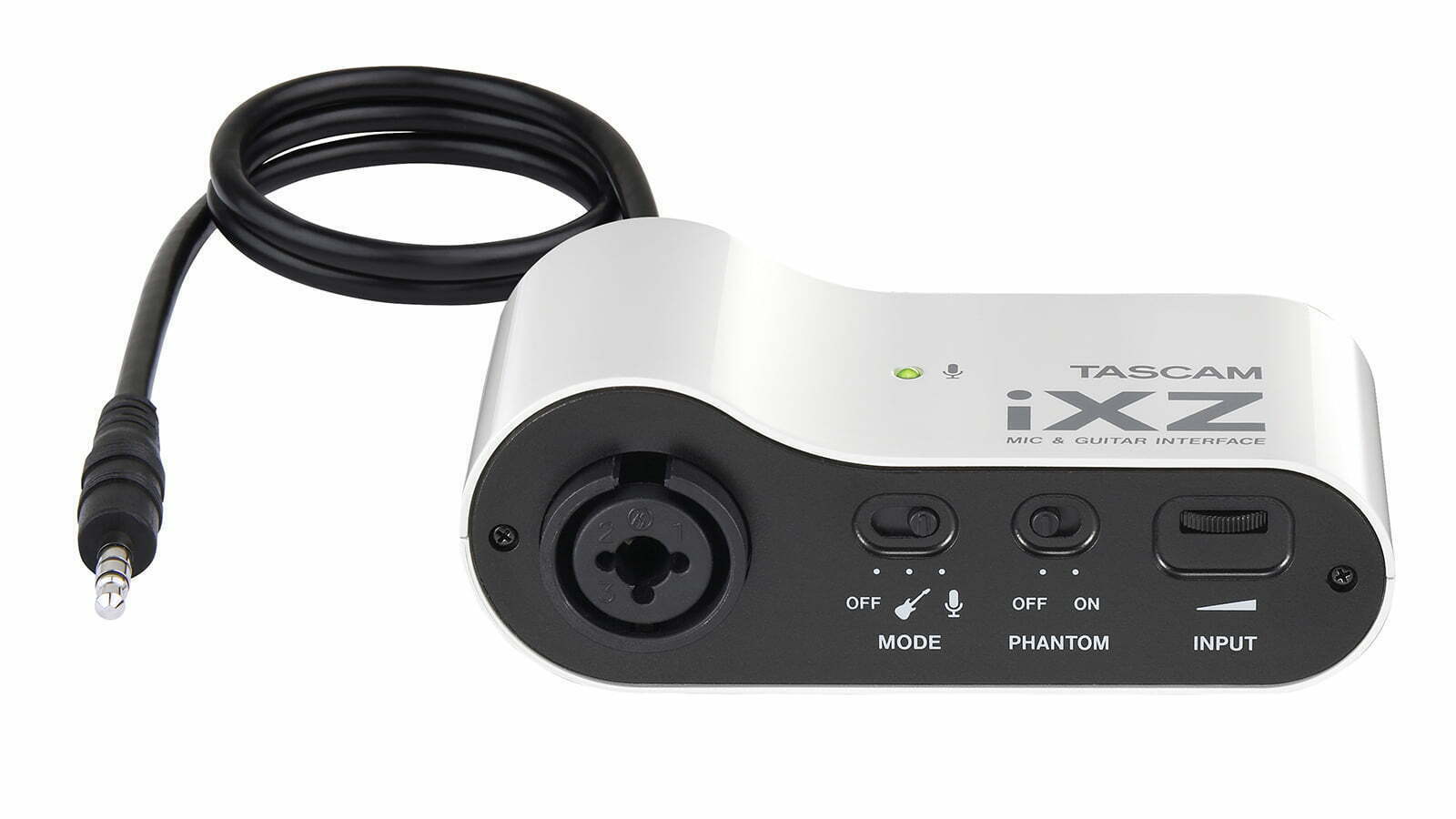 The ideal portable solution for iPhone, iPad or iPod touch

TASCAM’s iXZ is the ultimate portable interface for recording with your Apple iOS device. It provides the inputs you need to record nearly any acoustic or electric instrument to any of the thousands of recording apps on the app store, including Apple’s own Garage Band or TASCAM’s Portastudio.

Unlike similar recording interfaces for iOS, the input of the TASCAM iXZ can be switched between microphone-level or guitar level in. When switched to guitar level, the iXZ doesn’t require any power. That makes the iXZ ideal for practicing your guitar and bass as well as recording.

Switch to Microphone level to enable the microphone preamp. Phantom power is available for powering a condenser microphone for detailed instrument or voice recording. A pair of AA batteries (included) provide hours of microphone recording.

A hardware gain knob controls the level of the input to your recording app. This gives you a quicker way to adjust the level than software controls – if your app even has one.

Since the iXZ simply plugs into the headset jack of your iPhone, iPad or iPod touch, an 1/8″ headphone output jack is provided on the back of the iXZ.